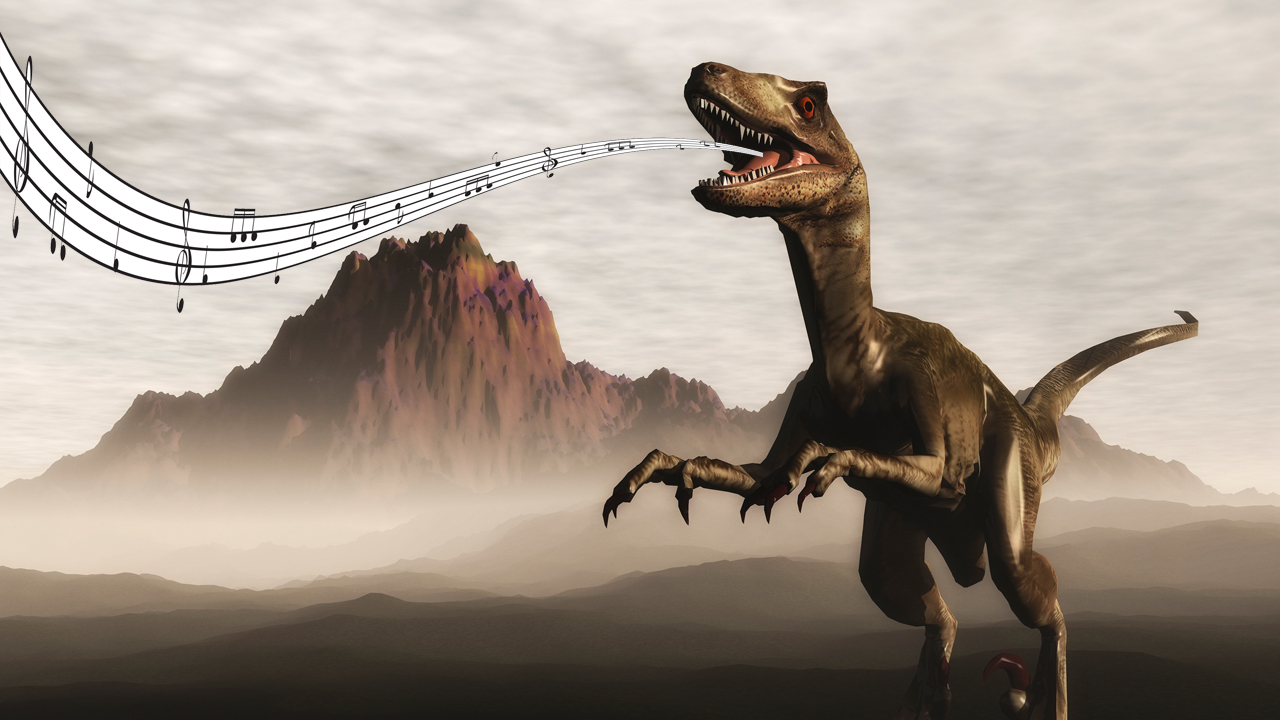 The next Jurassic Park movie may still be a year away, but we at Soundsmack may have something to hold you over until then…our new collection of dinosaur sound effects!

Like John Hammond before us, we spent years extracting dino dna on the remote island of Isla Nubar, just so we could one day record their roars, moans, groans, and footsteps.

That’s right, these dinosaur sound effects are killer (pun intended). With all the roaring, moaning, and pounding footsteps you asked for, we’ve got everything you’ll need to engage, and probably terrify, your audience! As always, these sounds are nothing but crystal clear professional quality, so you never have to worry about downloading user-submitted content. There’s no reason you should have to face a T-Rex to get sounds for your dinosaur projects, so be sure to swing by the site and check out ours!

Creating dinosaur sounds is funny because there really is no right or wrong formula.  At the same time, films like Jurassic Park and Godzilla have taught us what a dinosaur sounds like (even though we obviously have no idea if it’s accurate or not).  To create our dinosaurs, we collected dozens of animals including elephants, donkeys, lions, horses, Ostriches, and more.  We then played with pitch and manipulated timing to get deep roars and high-pitched growls.

Saying that all sound effect sites are of equal quality is like saying all tattoos look good. Some are made by professionals, others, not so much.

Sound effects are only meant to enhance your projects, right? So why should you risk paying for a low-quality sound that could actually hurt the overall presentation of your hard work?

In order to create engaging projects, any sound effects used need to come across as though they are being heard live. That is where Soundsmack can help!

Soundsmack.com is a massive library of studio-produced Sound Effects and Production Music. Our work has been featured on WWE, UFC, Showtime, NBC, MTV, Comedy Central, Bravo, Starbucks, and other tv shows, commercials and films!

The key words here are STUDIO-PRODUCED!

Other sites boast catalogs with hundreds of thousands of sounds, but the vast majority of those sounds are uploaded by contributors using iPhones or other unprofessional equipment. That means that you need to sift through hundreds of “toilets flushing” before finding one of remotely decent quality.