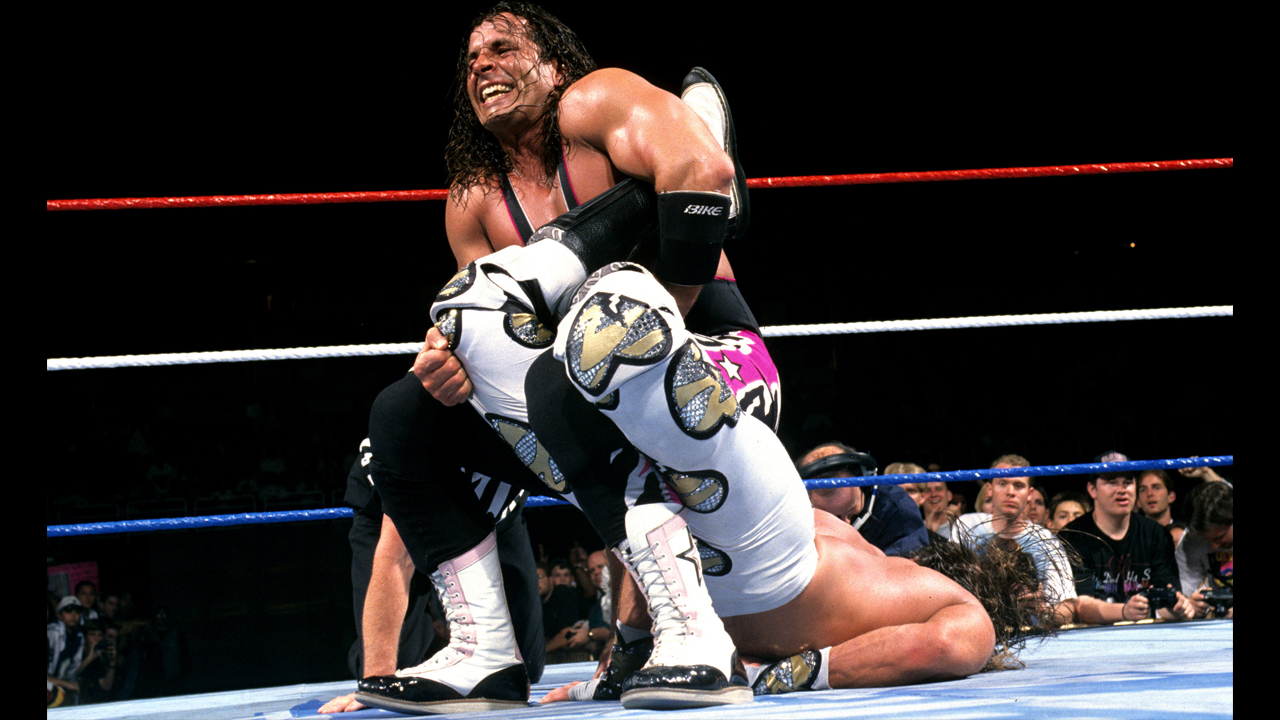 Why the obsession with pro wrestling and creating music for it?  Glad you asked.

I’m 33 years old and still watch pro wrestling.  However, there are two things that separate me from anyone else who can make that statement; 1) I don’t still live in my parents basement and 2) I’ve had sex with actual human girls.  Therefore, I’m nominating myself as the official spokesperson for all things right about pro wrestling and for creating the best Pro wrestling production music that exists!

I’ve been watching wrestling for as long as I can remember, but I can’t recall a time when I ever thought it was “real”.  Even at a young age I accepted it for what it was:  theatre in its purest form.

Pro wrestling at it’s very core is Good vs. Evil (much like Othello, Macbeth, The Bible, or Breakin’ 2: Electric Boogaloo).  It’s a weekly 3 hour soap opera where disputes are settled in a steel cage instead of a court room.  Is it scripted? Of course.  Is it campy and fake at times? Absolutely.  But so are all of the movies we watch and love.

Let’s take Rocky 4 as an example.  At the end of this cinematic gem, Rocky (a Philly boy with a heart of gold and “never-say-die attitude) defeats the evil Ivan Drago (a juiced up Russian with a lust for death and a 2000 PSI punch).  Not only does Rocky avenge the death of his best friend Apollo Creed, but in the process he also manages to unite the USA and Russia, thus ending the Cold War.  The fight scene in the film is embarrassingly phony. Neither Stallone or Dolph come within 10 inches of making contact on any given punch.  Yet unlike with pro wrestling, we are somehow able to look past this and accept it as glorious storytelling.

So why then do the same people who enjoy campy films scoff at mere mention of pro wrestling?  Because people are f’ing stupid!

In his book Mythologies, French philosopher Roland Barthes addressed this stating, “The Public Spontaneously Attunes Itself To The Spectacular Nature Of The Contest, Like The Audience At A Suburban Cinema. Then These Same People Wax Indignant Because Wrestling Is A Stage-Managed Sport (Which Ought, By The Way, To Mitigate Its Ignominy).

(That’s right, kids…I’m quoting a French Philosopher on the same page where I referenced an 80s movie about breakdancing)

“Wrestling Is An Immediate Pantomime, Infinitely More Efficient Than The Dramatic Pantomime, For The Wrestler’s Gesture Needs No Anecdote, No Decor, In Short No Transference In Order To Appear True” declared Barthes. “What Is Thus Displayed For The Public Is The Great Spectacle Of Suffering, Defeat, And Justice. But What Wrestling Is Above All Meant To Portray Is A Purely Moral Concept: That Of Justice.”

(I’m pretty sure if Barthes was still alive, him and I would be best friends like Tango & Cash…or Thelma & Louise…or the Rockers before Shawn Michaels super-kicked Marty Jannetty through the Barbershop window)

The point is that somehow pro wrestling has become the punch line of jokes…the bastard stepchild of pretentious sports fans who are afraid to out themselves as wrestling fans.  Well I’m here to change that.  I’m here to be the voice of the voiceless, and to restore dignity to the once great art form that is professional wrestling!